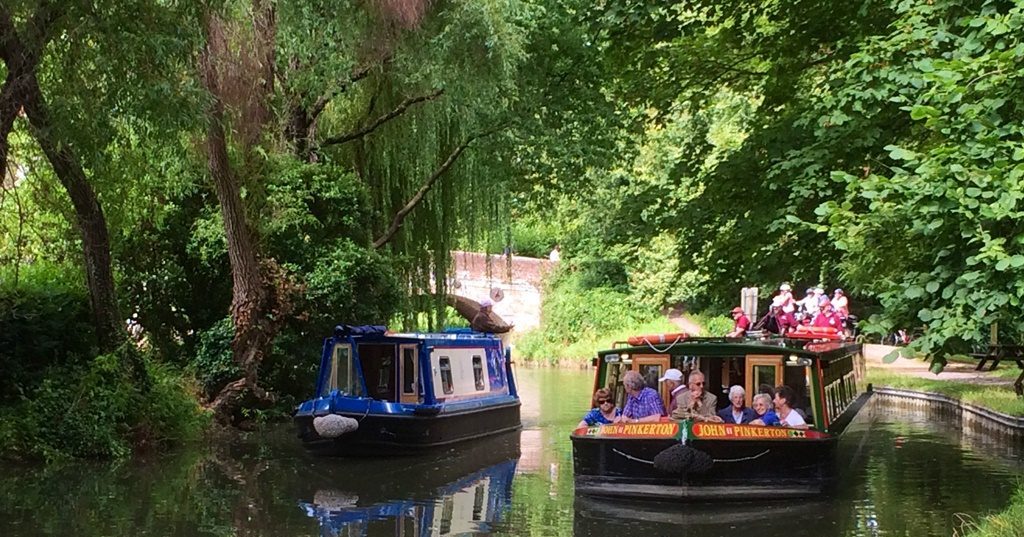 The Basingstoke Canal Bulletin is a freely available newsletter about the Canal and the Society, published usually every month or two

To find out what personal data the Society holds about you and how we use it, please refer to our Privacy Notice. The Society will never sell your personal data, nor share it with another company or charity for marketing purposes.

The editorial team of the Bulletin are Ken Sankey and Phil Graham. Recipients of the Bulletin become Friends of the Canal, a community of people and an information hub for all those who enjoy the Canal and want to safeguard its future.  The Bulletin is available on-line and is free to all.

The first edition was first published in late 2010. There are currently around 2000 subscribers/Friends, mostly from the UK, but a small proportion are spread worldwide.

Subscription management and email distribution are now handled by a package called Mailchimp.

Back numbers of the Basingstoke Canal Bulletin can be found below.

No 43: November 2019: Keeping the Canal alive, Leaving a gift in your will, New children’s book ready for Christmas, Our intrepid volunteer in Bangladesh, Fun with the Kitty crew, 2020 Calendars, Have fun volunteering
No 42: September 2019: Your support needed for the Canal, Ash Embankment recent works, Lengthsmen and the Patrol Boat, Woking Mayor aboard Kitty, Annual Odiham Raft Race, Canal inspires New Children’s Story, The ‘Berks and Hants canal’
No 41: July 2019: Welcome, Visit to Old Kiln Light Railway, Mikron theatre visit, Odiham Raft race, New planning policy guidance document,
Opening of the new Woking Town Wharf, Visit from Children from Chernobyl, Councillors explore our wonderful amenity, Volunteering on the Canal
No 40: May 2019: Welcome Back, 2019 Raft Race, Mikron Theatre visit, Guided walks around the Canal, Enjoy a Canal cruise, Join our volunteer team, Wondering whether volunteering would suit you?,Forging links with local schools, Remote monitoring of water levels, A great working relationship with a local council, Anything you want to get off your chest?
No 39: March 2019: David Horwood, Spring on the cut, Bringing an old wharf back to life, Water – where to find it, A bit of history, Volunteer spotlight.
No 38: January 2019: New Year’s Resolutions?, Crookham Wharf refurbishment, Have you booked your boat trip yet?, Health and Wellbeing, A Day in the life of a lengthsman, Water Strategy team request, Birds on the Basingstoke, How the Canal Restoration Started.

No 37: November 2018: Queen’s Award of Voluntary Service Presentation to the Society, The Future of the Canal and of the Society, Water Sources and Losses on the Basingstoke, Society Trip Boat Vouchers, Canal Trees – the Good, The Bad and the Wildlife, Dry Dock on the Canal, Christmas Cards available
No 36: September 2018: Photo competition and Canal Calendar for sale, Queen’s Award for Voluntary Service celebrations, Inaugural Odiham Raft Race, Our and About, Focus On: GoodGym Woking, More on Invasive Species, A Bit of History – King John’s Castle, And Finally….
No 35: July 2018: Get out on the Basingstoke Canal, Society honoured with Queen’s Award for Voluntary Service, Where you can help, Have you booked your Boat trip yet?, Things don’t always go to plan, Born in the Basingstoke Canal – Consumed in France!, Where does the water come from?, Bats in the Greywell Tunnel, Odiham Raft Race
No 34: May 2018: Photo Competition and Friends Initiative, Boats on the Canal at Odiham, Keeping the Canal Going, Have Fun Volunteering, Focus On: Hart Road Runners, Focus On: Fleet Cycling, A Bit of History: Up Nately Brickworks
No 33: March 2018:  Friends Initiative, Book Your Boat Trips, Keeping the Canal Open and Working, Society QAVS Nomination, Volunteers Required, Basingstoke Canal Canoe Club, Canal War Defences, And Finally….
No 32: January 2018:Love It, Share It, Support It, Boats, Walking, Maintenance, Trees, Volunteers, Some History, Going Forward