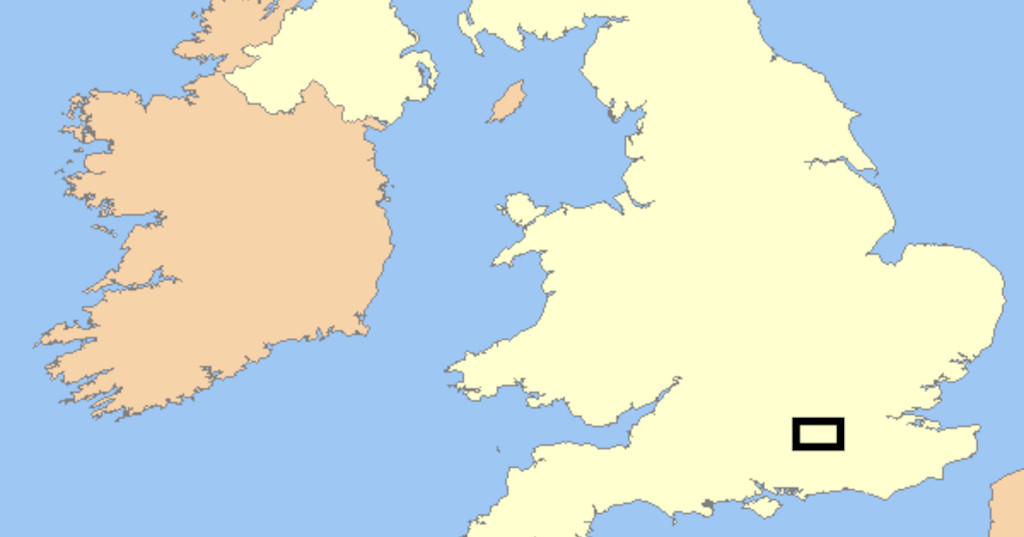 The Basingstoke Canal is located in the south of England, to the southwest of London

The navigable section runs from West Byfleet in Surrey to the east, following a course of 32 miles through Woking, Brookwood, Mytchett, Ash, Fleet and Crookham, then Odiham, finally ending up at Greywell in Hampshire to the west. Though the Canal originally continued to Basingstoke (a total distance of 37 miles), it has not been navigable beyond the tunnel at Greywell since the early 1900’s, and access to the original destination was finally prevented by the Greywell tunnel collapse in 1932.

The section from the west of the Greywell tunnel to Basingstoke is referred to as “The Last 5 miles“.

The original course of the Canal can be seen along much of this stretch, though in parts it has been erased from the landscape by the construction of the M3 and A30, some houses, and of course by the Festival Place and surrounding developments in Basingstoke which were built upon the original canal terminus.

A good place to start exploring is the Basingstoke Canal Authority Centre in Mytchett Place Road, Mytchett, Surrey. The canal centre has a tea shop, information area, picnic areas and a campsite. For more information click here and to locate the centre on a map, click here.

The Society
The Canal
Gallery