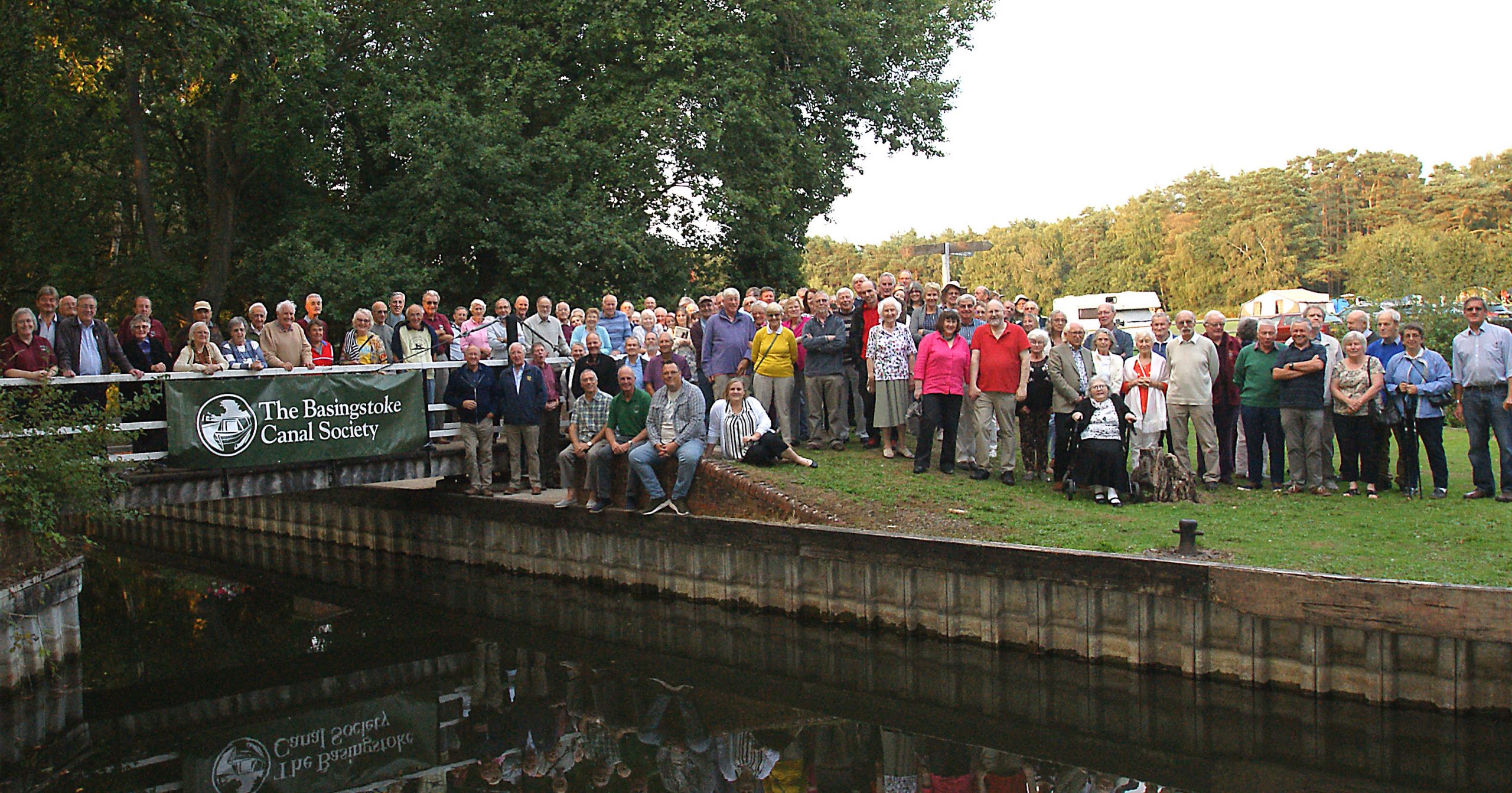 About the Basingstoke Canal Society

The Surrey and Hampshire Canal Society was formed in 1966 because a Brookwood resident took objection to the then derelict state of the Canal and convened a meeting of like-minded people. The Society campaigned for the Canal to be taken into public ownership, and it eventually was bought by Surrey and Hampshire county councils, on the promise of volunteer labour for its restoration. Read more about the early days, campaigning for restoration and the eventual formal opening of the canal after nearly 20 years effort.

Over the years, the Society has had to adapt to the changing fortunes of the restored canal, now under the management of the Basingstoke Canal Authority, the counties’ agent. While it is relatively easy to maintain public interest in a canal under restoration, maintaining it subsequently is in many ways more challenging. Read about the Society’s priorities today and what it is doing to keep the canal alive.

In 2016, the Society celebrated its 50th anniversary and also 25 years since the canal was formally re-opened. To commemorate these occasions the Woking Canal Festival was held, attended by around 40 visiting boats. The Society received the Queen’s Award for Voluntary Service in 2018, equivalent to an MBE, in recognition of more than 50 year’s outstanding contribution to the local community. An award and certificate signed by Her Majesty was presented by HRH The Duke of Kent at the Canal Centre.

Since then the Society has grown to over 1000 members and 250 active volunteers who contribute their time and energy to the maintenance of the Basingstoke Canal. Our organisational chart below demonstrates how the Society has evolved.

Being a member of the Society can be very rewarding and has a number of benefits. To find out more, click here.