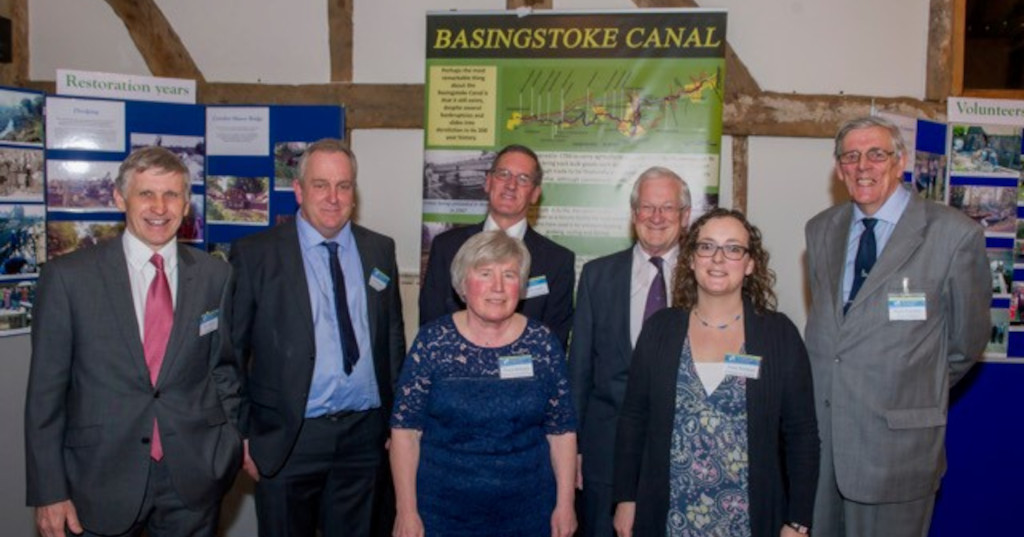 Society representatives were invited to a reception for Queen’s Award nominee organisations.

The event was hosted by HM Lord-Lieutenant of Surrey, Michael More-Molyneux at Loseley Park, near Guildford. We were one of a number of invited voluntary organisations from the Surrey area, all of which had been nominated in 2018 for the Queen’s Award for Voluntary Service. Other groups present included The Surrey Wildlife Trust, The Swan Sanctuary, the British Heart Foundation (Guildford and Godalming branch), Rape and Sexual Abuse Support Centre, and, well known to many of us, Surrey Care Trust, which operates the Swingbridge Community Boats.

This national award, equivalent to an MBE for voluntary organisations, was created in 2002 to celebrate The Queen’s Golden Jubilee, and recognises outstanding work done in the community.

Each team was invited to put on a small exhibition of their work (see above and left), which provided a focus for discussion with the hosts, other QAVS representatives and several Surrey mayors.

Around 400 QAVS nominations are made each year nationwide, and the announcement of the successful candidates are announced in early June.