Based on a series of articles written by Tony Harmsworth for the Canal Society’s newsletter, this book was first published in 1969. It described his grandfather’s carrying business and boat building at Ash Vale and had details of the boats that operated on the canal during its commercial days. A second edition added information about some of the boats that came onto the canal during its restoration in the 1970s and 80s. This 3rd edition now updates this information and adds historic photographs of many of the old boats described as well as those that may be seen on the canal today.

There are no reviews yet.

Be the first to review “Boats of the Basingstoke Canal, Tony Harmsworth, updated by Roger Cansdale” Cancel reply 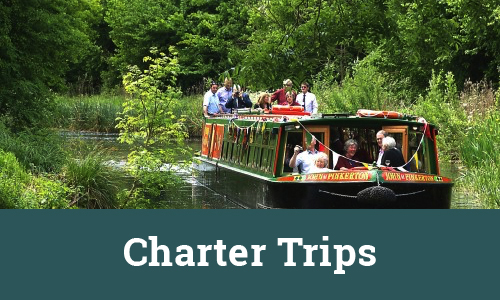 Due to COVID-19 our boat trips are limited. For more information please click the button below

What’s on by date?

How many are you booking for?