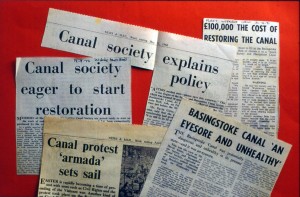 Over the next 17 years the two county councils funded a programme of restoration actively supported by the Surrey and Hampshire Canal Society, the Inland Waterways Association and other canal restoration groups who organised voluntary working parties along the 32 miles of the waterway. The period generated a number of innovative practices, such as the operation of the steam powered dredger Perseverance in Hampshire, manned by volunteers, narrow gauge railway lines supplying work sites, summer voluntary work camps and youth employment training schemes. 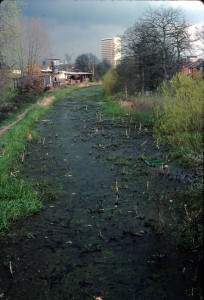 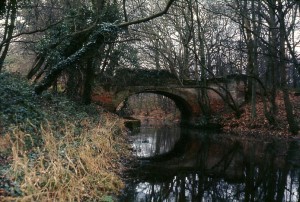 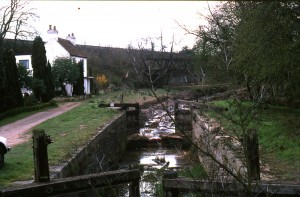 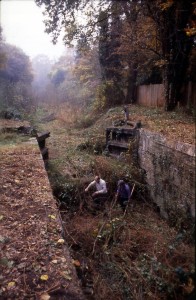 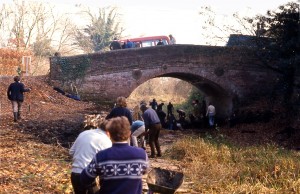 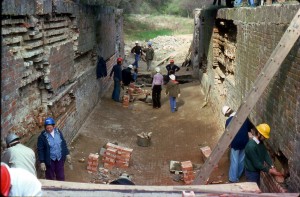 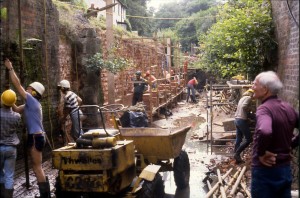 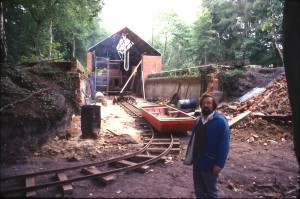 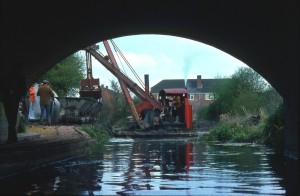 The Canal Society tackled the 15-mile and less accessible western end using a 70ft steam powered floating dredger aptly named Perseverence. Work began at Odiham in Hampshire in 1975. Although an ideal method of dredging, there remained the problem of silt disposal. 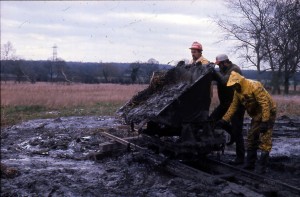 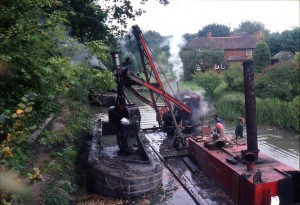 There were many delays during the years of dredging, caused by maintenace stoppages, unexpected breakdowns, annual boiler inspections etc. The most protracted delay occurred at Dogmersfield because (reminiscent of the recent recurrence) a landslip caused work to be stopped for over a year while the slip was cleared and a gabion retaining wall built. Eventually the dredger passed by the site in April 1983. 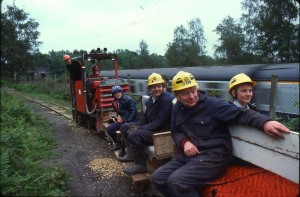 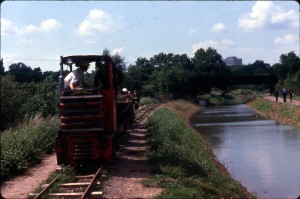 Next: The Canal Today >>