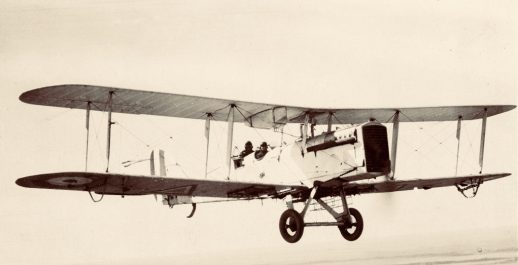 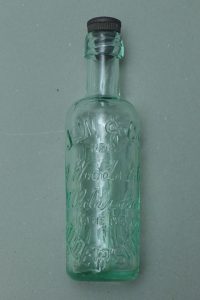 From a Victorian ‘message in a bottle’, a tragic World War 1 story, through to a 21st century hi-tech drone, the history surrounding Basingstoke Canal is amazing.

Here are just some of the stories, the detective work that surrounds them and how our Social media Manager, Ian Sims, is leading the campaign to build awareness of the Basingstoke Canal Society.

Message in a bottle

During recent maintenance work on the Woking stretch of the Canal that involved draining the water, we found a beautiful 19th century glass bottle manufactured by J. Woods & Co of Aldershot. Research by one of our volunteers, Graham Corsa, identified the owner of the company as Samuel Woods.

The next step was a campaign through social media…we used Graham’s work in a post on Facebook that has so far reached over 11,000 people and attracted 329 reactions, comments and shares. Such is the power of social media that we even reached Samuel’s great-great granddaughter in the West Country.

Canal maintenance can often be a muddy business and perhaps the saying “Where there’s muck there’s brass” has never been more appropriate. Certainly the social media team is turning our surprising historical finds into digital gold!

Another story that attracted attention includes an air accident over the canal in 1918.

A De Havilland two-seat bomber piloted by Lieutenant Derek Lutyens broke up in mid-air and tragically the crew died. Lutyens’ body was found quickly. However, despite a search by 1,200 soldiers that included dragging the Canal and nearby ponds, no trace of observer David Pinsent was found. Six days later Pinsent’s body was discovered floating in the Canal between the Frimley and Mytchett Bridges. We posted the story on social media and received a lot of reaction to this tragic story.

Drone strike that landed in the Canal

During the same maintenance session in March this year at Woking, the working party found a drone!

Cue more detective work… the team was able to access the memory card that among other things contained video shot by the drone in flight of a house. To trace the owner, we made a short video and posted it on Facebook.

So far the 53 second video has reached over 6,000 people and been viewed for a total of 1,079 minutes. 91 people actually engaged through comments and likes. The top audience for this video was woman aged between 45 and 54. Interestingly, on Facebook woman continue to be our overall top supporters.

The house was identified by a reader using Google Street who used a tree with an unusual bark formation that is positioned next to a lamp post of a particular colour and design. As well as fantastic detective work, it’s good example of how people can work together using technology to solve common problems.

The impact of social media

As well as highlighting these fascinating stories, Ian’s team is making fantastic progress in raising the profile of our Society.

With cuts in funding threatening the future of the Canal, public opinion and the level of awareness will count ‘big time’ in mobilising support to fight our battles. Social media is such a powerful tool in the armoury of the Society.

Here are a couple of further examples of the impact that we have made:

To protect the Canal, we need to be in a position to challenge as effectively as possible and that’s why increasing our digital presence through social media is so vital.

“With cuts in funding threatening the future of the Canal, social media is such a powerful tool in the armoury of the Society.”

Do you have a story to tell?

If you have a story, or a news item, that you think would be of interest on social media, please contact us at enquiries@nullbasingstoke-canal.org.uk