The Basingstoke Canal Society was very pleased to have been awarded the Queen’s Award for Voluntary Service in 2018, in recognition of the work done by volunteers over 50 years in helping restore and maintain the Canal for the benefit of the local community and visitors alike. HRH The Duke of Kent visited the Canal Centre on 13th November 2018 to meet some of the volunteers and to present the award. The photos and video below are a record of the event. Also, a press release has been widely distributed. 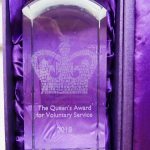 The QAVS glass trophy, with the presentation box behind. It stands about 20cm/8″ high, and 8cm/3″ across each side 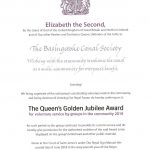 The QAVS certificate, signed by Her Majesty, with the citation that was read out by Mr Michael More-Molyneux, Lord Lieutenant of Surrey 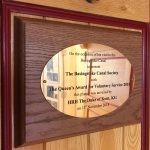 The glass trophy and certificate will be displayed in the reception area of the Basingstoke Canal Centre. The plaque has been moved from its temporary position in the mock-up long boat cabin to an adjacent pillar.

Click on any image above or below to start a slide-show.

Click here to view a video of the event (thanks to David Jackson for this). 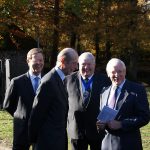 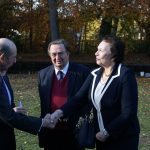 Cllr Jonathan Glen, chairman designate of the JMC, and ex-Surrey county councillor Linda Kemeny being introduced. Linda was instrumental in the Society receiving the award. Robin Higgs OBE, previous Society chairman is next in line 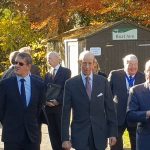 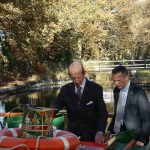 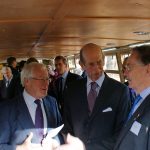 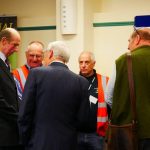 Mike Gordon, head lengthsman and Geoff Lockett explain the role of the lengthsmen on the canal 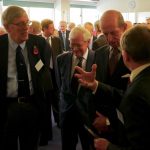 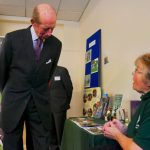 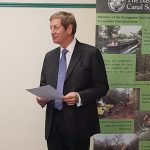 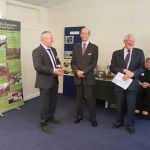 Volunteer Kevin Redway receiving the QAVS trophy, recounts that he first fell into the canal aged 3 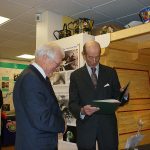 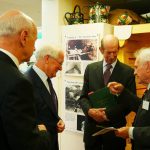 Robin Higgs OBE, Society chairman during the restoration, shows HRH some photos of the formal opening, attended by The Duke in 1991