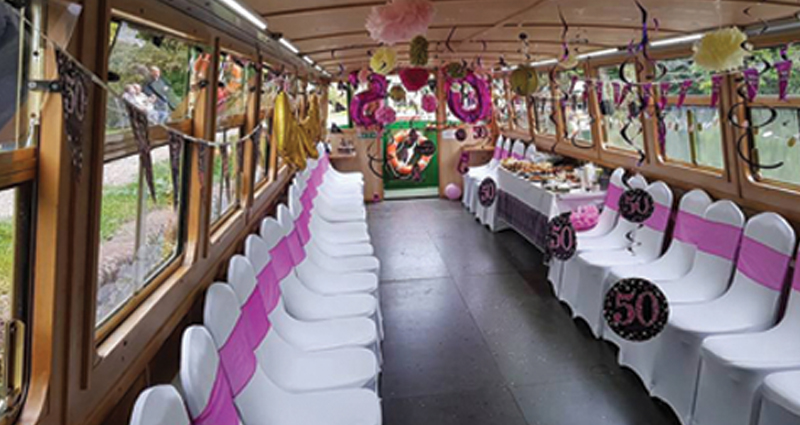 Our Boats / The John Pinkerton II

The first trip boat was the original John Pinkerton that began operation in 1978.

That boat served the Society well for well over 36 years and raised nearly £¾ million.

The money was used for the restoration, maintenance and improvement of the Basingstoke Canal.

The Society was fortunate to be left a very significant bequest by Alan Flight, a former member of the Society.  In April 2013 the Society was delighted to purchase a specially designed trip boat the John Pinkerton II.

See the John Pinkerton II being delivered to Colt Hill and craned into the water.

The John Pinkerton II was formally named by Sally Taylor of the BBC South Today programme in early June 2013. The boat is based on the canal at Odiham.

The new JP is about 18″ (45cm) wider than its predecessor, though is the same length at 68′ (21m).  More luxurious than the original, she is quiet and cruises easily.

There is an interior corridor all the way through the boat making it easier and safer for the crew to operate.

The covered cabin is more spacious for passengers, with more flexibility for seating and setting up tables. On fine days there is an opportunity to take the fresh air from the front well deck.