Over the years, and following the completion of the initial restoration in 1991, the role of the Society has evolved somewhat, as the issues facing the Canal changed and the practical difficulties of maintaining a restored canal became evident. Though many of us don’t like the term, the Committee has recently found it useful to agree upon a “mission statement”, to re-establish the main aims of the Society:

The Society’s vision for the future is for a sustainable, permanently protected, fully navigable waterway and multi-function amenity for the use and enjoyment of the whole community.

What are we working on?

The Society is engaged in many projects for the benefit of the Canal. In particular:

Here are some recent achievements by the Society:

The Society’s contribution to the Basingstoke Canal

Since its formation in 1966, the then Surrey and Hampshire Canal Society has contributed hundreds of man-years effort towards the restoration of the Canal from its derelict state, and many more subsequently in enhancing and maintaining the Canal, in fund-raising, and in campaigning for its sustainable future.

Not counting the time put in by the Society Committee and boat company members, the Society and visiting work parties undertake many hundreds of man days of work enhancing the Canal fabric each year, equivalent to Value in Kind of around £55000 in 2012. The income from the trip boat operation pays for plant hire and materials.

In 2012 the Society committee decided that it would be appropriate to change the operating name to The Basingstoke Canal Society, to reflect exactly where the Society’s interests lay. This was to be the original name when the Society was formed in the 1960s, but objections to this were made by then owners who regarded it to be too similar to their own. Surrey and Hampshire Canal Society Ltd continues to be the formal and legal name of the Society, so the connection to the past is not lost. 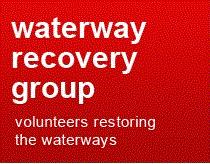 Affiliated to the Inland Waterway Association, the Waterway Recovery Group (WRG) is a voluntary group with which the Society has enjoyed a connection over many years. WRG hold workparties throughout most of the year on canals throughout the UK, and undertake all sorts of restoration tasks. WRG played a key part in the original restoration of the Basingstoke Canal, on which they held one of their first workcamps. The Basingstoke continues to benefit from one or more week-long, and the occasional weekend, WRG work parties each year, and we thank them for their interest. They visit next in July/August 2013. Details of the planned works will be published nearer the time.