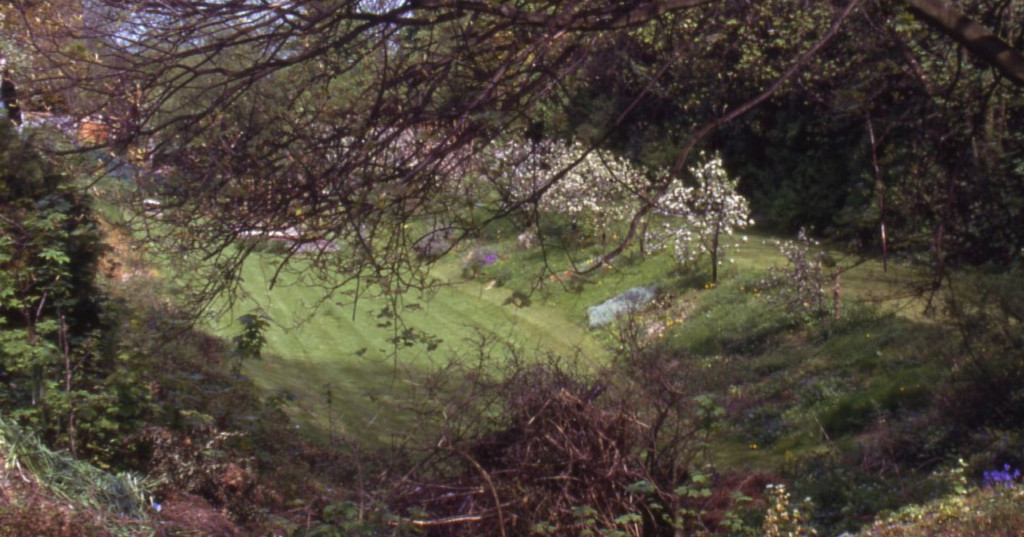 Further, from Mapledurwell some of the bed of the Canal has been filled in and the M3 motorway crossing at Hatch (just east of Junction 6) eliminated what remained of the canal, while other parts have been built over. Finally, Basingstoke Wharf, the original terminus of the canal, was filled in and the whole site has now been extensively redeveloped to become (among other things) the Festival Place.

However, as an initial step, the Canal Society is working with the local authorities to establish a footpath and cycleway which would follow, as closely as possible, the line of the canal from Greywell through Up Nately, Mapledurwell, Hatch (top right) and Old Basing (left) to Basingstoke town centre. Much of the former route of the canal remains although it would be necessary to make diversions where the canal line has been built over.

For those who are interested in following the original course of the canal along the last 5 miles, the London Canals website has recently republished an excellent pictorial guide to the lost section into Basingstoke, which follows the route as closely as possible.

Thanks to the National Library of Scotland, a late 19th Century map of the Canal can also be overlaid on a modern aeriel map, so the last 5 miles can be viewed in relation to today’s landmarks and developments. This clearly shows the canal’s route from the Greywell Tunnel into central Basingstoke (even in some places where it has been filled in) and emphasises how little attempt was made to preserve some parts of the Canal route at the Western End when it was sold off and developed during the 1960’s and 70’s.

The building of the link to the Kennet & Avon (first proposed in the 1820s) is a very ambitious project which would take a considerable period of time, and substantial funding, to achieve. However, the route northwards from Greywell passes through open country. The proposed route would involve a new canal cut of approximately 16 to 18 miles and some locks would be required. An arm connecting the new canal route to Basingstoke town centre is also a possibility; this option would remove the need to restore Greywell Tunnel (always a very problematic issue for reasons given above) and would enable the canal to enter Basingstoke by a new route north of the present derelict line.